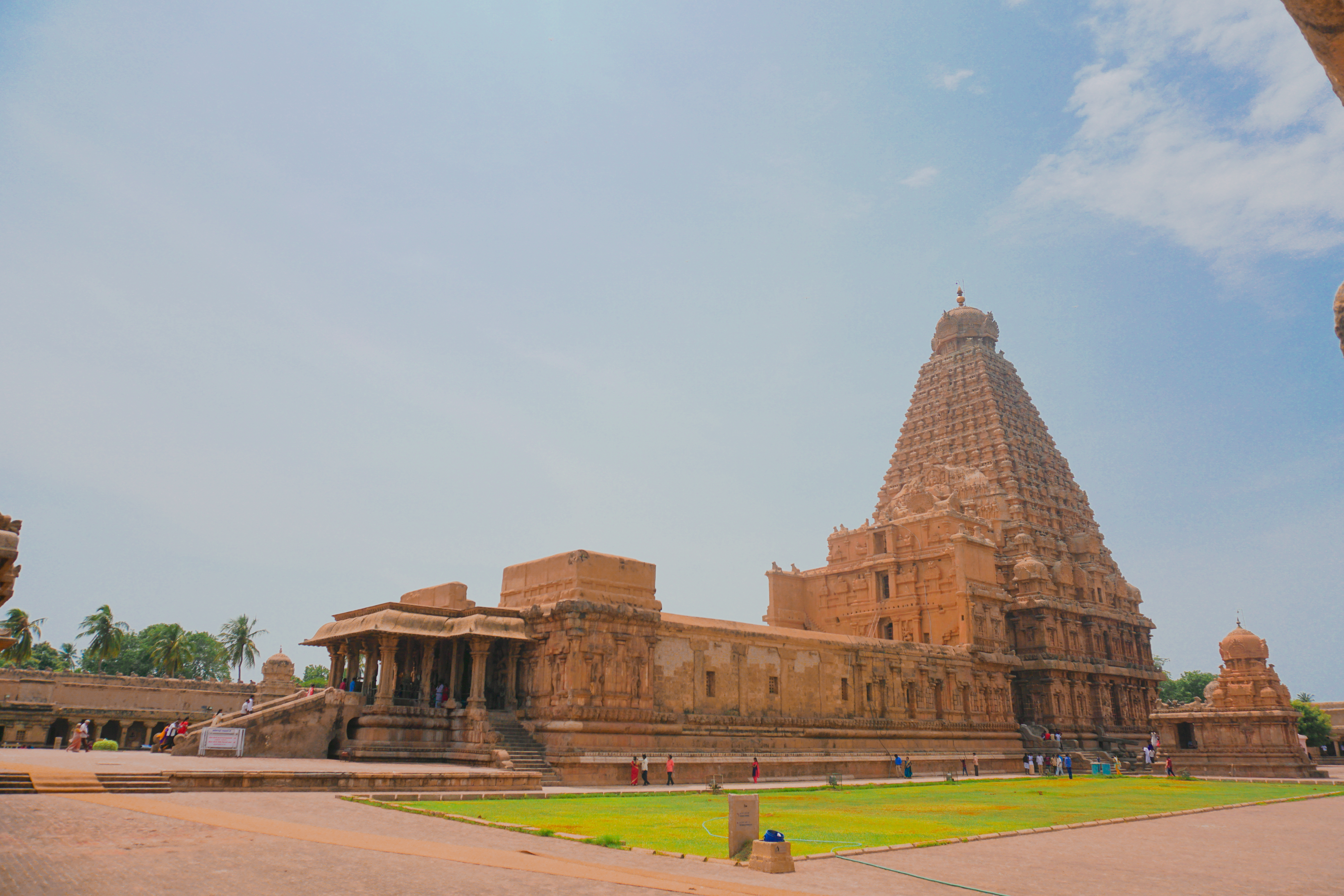 Brihadishvara Temple, also called Rajarajesvaram or Peruvudaiy?rKovil, is a Hindu temple dedicated to Shiva located on the South Bank of the Kaveri river in Thanjavur, Tamil Nadu, India. Constructed between 1003 AD and 1010 AD by the Tamil King Raja Raja Chola, I became part of the UNESCO World Heritage Site. It is one of the largest temples in South Indian, and perhaps a style of Dravidian architecture can be realized entirely in this one massive piece of the ancient structure.Distance from Sangam: 62 km

You can easily change and switch the colors.