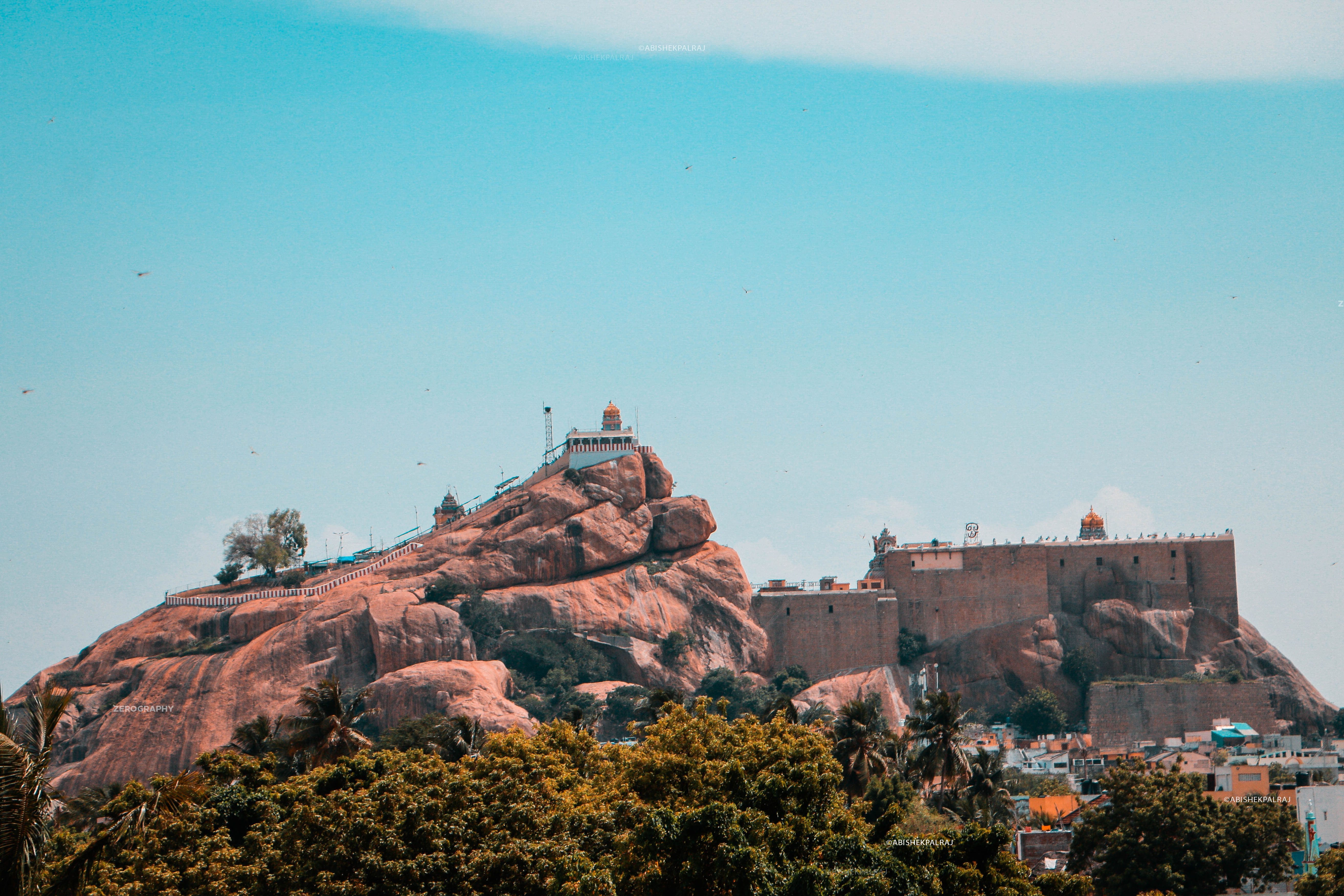 Tiruchirappalli Rockfort(UcchiPillayarKoil)is a historic fortress constructed on an ancient rock and temple site.The rock is believed to be one of the world's oldest rock formations.The estimated age at 3,800 million (3.8 billion) years makes it one of the world's oldest rocks.It is as old as the rocks in Greenland and older than the Himalayas. It is situated at 272-foot height. Quartz, used in glassmaking, and feldspar, used in ceramics, are found in this rock formation.

You can easily change and switch the colors.